Williamstown, MA (June 27, 2019) – Williamstown Theatre Festival (Mandy Greenfield, Artistic Director) celebrates the opening of the 65th season at the “Festival LAWNch” on Thursday, June 27, with performances of A Raisin in the Sun and A Human Being, of a Sort.

The 2019 season opens on the Main Stage with Lorraine Hansberry’s iconic A Raisin in the Sun (June 25 – July 13). To mark the 60th anniversary of the Broadway opening of Hansberry’s masterpiece, Emmy® and Golden Globe® Award winner S. Epatha Merkerson and Francois Battiste breathe new life into the American classic. Lena Younger (Merkerson) and her son Walter Lee (Battiste) are at odds. While Lena wants to use her late husband’s life insurance to move her family out of their cramped, Chicago apartment, Walter Lee would rather use the money to start a business and become an independent man. As their dispute intensifies, the powerful and destructive forces of 1950s America come knocking at the Younger’s front door. Directed by Obie Award winner Robert O’Hara, Hansberry’s fearless interrogation of hope in the face of racial and economic strife is as provocative and powerful today as when it premiered. The cast of A Raisin in the Sun also includes Kyle Beltran, Joshua Echebiri, Eboni Flowers, Joe Goldammer, Mandi Masden, Nikiya Mathis, Warner Miller, and Owen Tabaka.

The first production on the Nikos Stage is the world premiere of A Human Being, of a Sort (June 26 – July 7). It’s 1906, and at the Bronx Zoological Park, an African-American convict named “Smokey” (Golden Globe and Emmy Award winner André Braugher) is guarding the zoo’s most sensational exhibit: Ota Benga (Antonio Michael Woodard), a Congolese pygmy. As the public’s fascination intensifies and protestors call for Ota’s release, Smokey must grapple with the fact that his own freedom depends on another black man’s captivity. Based on a true story, Jonathan Payne’s world premiere play, directed by Whitney White, exposes the complexity of power and compliance in a world where all lives do not seem to matter equally. The cast of A Human Being, of a Sort also includes Sullivan Jones, Matthew Saldivar, Keith Randolph Smith, Jeorge Bennett Watson, and Frank Wood.

A Human Being, of a Sort performances run through Sunday, July 7. A post-show Talkback is scheduled for Tuesday, July 2, and a Lawn Talk will take place prior to the matinee on Sunday, June 30.

For over six decades, Williamstown Theatre Festival, recipient of the Tony Award for Outstanding Regional Theatre and the Commonwealth Award for Achievement, has brought emerging and professional theatre artists together to create a thrilling summer festival of premiere work alongside fresh, new productions of the western canon, accompanying cultural events including COMMUNITY WORKS and Late-Night Cabarets, and readings and workshops of new plays. Under Artistic Director Mandy Greenfield, WTF launched the Andrew Martin-Weber New Play and Musical Commissioning Program, through which theatre artists, including Jocelyn Bioh, Nathan Alan Davis, Halley Feiffer, Justin Levine, Matthew Lopez, Jiehae Park, Benjamin Scheuer, and many others, create new work supported by a year-round play development program. WTF runs unmatched training programs for new generations of theatre talent, and artists and productions shaped at WTF fill theatres in New York, London, and around the country each season. Williamstown Theatre Festival’s productions of The Bridges of Madison County, The Elephant Man, Fool for Love, Living on Love, and The Visit enjoyed critically acclaimed runs on Broadway, with The Elephant Man and The Visit receiving Tony Award nominations for Best Revival of a Play and Best Revival of a Musical, respectively. WTF’s world premiere productions of Cost of Living (winner of the 2018 Pulitzer Prize for Drama), Actually, and Paradise Blue played acclaimed Off-Broadway runs. In the 2019-20 theatrical season, Williamstown Theatre Festival will be represented on and off Broadway by Moscow Moscow Moscow Moscow Moscow Moscow, The Sound Inside, The Rose Tattoo, Seared, Grand Horizons, Unknown Soldier, and Selling Kabul. 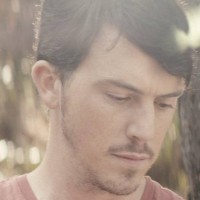 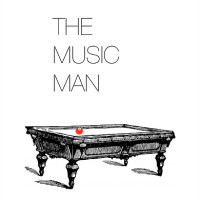 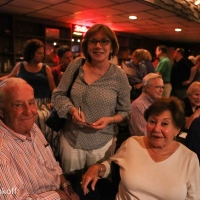 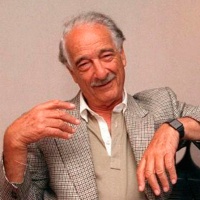 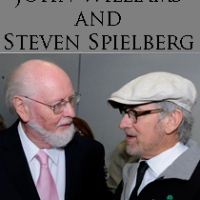