HARTFORD, CT — June 5, 2019 — David R. Jimenez, President of the Board of Directors of Hartford Stage, and incoming Artistic Director Melia Bensussen have announced the appointment of Cynthia Rider as Managing Director of the Tony Award-winning theatre. Rider, who previously served as Executive Director of the Oregon Shakespeare Festival, will assume the role in July. She takes over the position from Michael Stotts, who departed from the theatre in January.

“I am thrilled that Cynthia Rider will be joining Hartford Stage as its newly-appointed Managing Director. Cynthia’s attraction to Hartford Stage is, once again, testament to the national reach and acclaim that this theatre has garnered over the years,” Jimenez said. “Cynthia will no doubt bring our mission of artistic excellence and our pursuit of greater community engagement to new heights. She will serve as a terrific complement to our newly-appointed Artistic Director, Melia Bensussen.”

Bensussen added, “I am delighted that Cynthia will be joining me at Hartford Stage and am excited to partner with such an accomplished and esteemed theatre professional. I know we will be a tremendous team; and we will work together to continue to uphold the Stage’s artistic excellence, while growing the theatre’s connection to our many communities.  I can’t imagine a better collaborator for this next era in Hartford Stage’s history and can’t wait to start our work together in the coming months.”

Rider becomes the theatre’s eighth Managing Director, joining recently-appointed Artistic Director Melia Bensussen. It will be the first time in the theatre’s 55-year history that two women will jointly assume the co-leadership roles.

“I am honored to be joining Hartford Stage as its Managing Director. I am thrilled to have the opportunity to work in partnership with Melia Bensussen, the staff, and Board members who care deeply about the organization and their community,” Rider said. “Their commitment to artistic excellence, programs for young people, further engagement with community, and increased financial strength and greater equity throughout the organization are what made me incredibly excited to return to the East Coast to work for Hartford Stage.”

Rider became the Oregon Shakespeare Festival’s (OSF) third Executive Director in 2013. While at OSF, she successfully worked with the board and noted Artistic Director, Bill Rauch, in the creation of a ten-year strategic plan, oversaw an increase in contributed income of more than 20 percent, and participated in artistic initiatives that resulted in three OSF-commissioned plays moving to Broadway, with one winning the Tony Award for Best Play and another winning the Pulitzer Prize.

Additional highlights of Rider’s successful tenure at OSF include the creation of the Access for All campaign, which renovated the courtyard in front of OSF’s theatres and added an elevator and wheelchair seating to the Bowmer Theatre, and the opening of the new Hay-Patton Rehearsal Center – all while producing a repertory season of eleven productions in three theatres, managing an annual operating budget of $40 million, and offering a number of educational and community engagement programs for audiences and students.

“I am thrilled that we were able to attract Cynthia Rider from a very talented and diverse pool of candidates. She brings energy, enthusiasm and passion for all aspects of theatre in addition to her tremendous background in theatre management. The Search Committee was unanimous in its belief that she is the right Managing Director for Hartford Stage at this point in time,” said Sue Ann Collins, former Hartford Stage Board President and Chair of the Search Committee.

In addition to Collins, the Search Committee included Board President David Jimenez; Development Chair Carrie Hammond; Governing Directors Rick Costello, Bongi Magubane, Marge Marchak and Judith Meyers; past Board Presidents Paul Bourdeau and David Klein; and support from Life Director George Ingram. The Search Committee worked to identify an accomplished arts administrator of vision and ambition to partner with Bensussen, a board of highly-supportive civic and regional leaders, and a talented staff to foster the organization’s momentum into a new era. Rider was selected from a pool of over 90 applicants and industry leaders from across the country. Personal interviews with seven candidates were conducted by the Search Committee. Interviews with the final three candidates included meetings with the Hartford Stage Board, senior staff, a cross-departmental staff committee, and city officials. 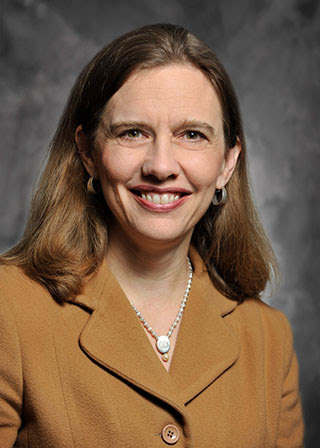 Prior to joining OSF, Cynthia Rider spent nine years at Kansas City Repertory Theatre as Managing Director and, earlier, as Associate Director for Advancement and Administration. Her experience also includes six years as Executive Director of the Kansas City Friends of Alvin Ailey. She served as Associate Director, later promoted to Acting Director, of the Massachusetts Manufacturing Partnership, which worked to strengthen small and medium-sized manufacturers across the state.

Rider’s theatre experience also includes time spent on the stage. After graduating from Boston University, she started her theatre career as a resident company member, guest artist and young company actor at the Alley Theatre in Houston.

Now in our 55th season, Hartford Stage is currently under the leadership of Artistic Director Darko Tresnjak. In January 2019, Melia Bensussen was named the sixth Artistic Director of Hartford Stage and will assume the role in June. One of the nation’s leading resident theatres, Hartford Stage is known for producing innovative revivals of classics and provocative new plays and musicals, including 73 world and American premieres, as well as offering a distinguished education program, which reaches close to 21,000 students annually.

Since Tresnjak’s appointment in 2011 the theatre has presented the world premieres of A Gentleman’s Guide to Love and Murder on Broadway, winner of four 2014 Tony Awards, including Best Musical and Best Direction of a Musical by Tresnjak; Rear Window with Kevin Bacon; the new musical Anastasia by Terrence McNally, Stephen Flaherty and Lynn Ahrens; Quiara Alegría Hudes’ Water by the Spoonful, winner of the 2012 Pulitzer Prize for Drama; Breath & Imagination by Daniel Beaty; Big Dance Theatre’s Man in a Case with Mikhail Baryshnikov; and Reverberation by Matthew Lopez.

Hartford Stage has earned many of the nation’s most prestigious awards, including the 1989 Tony Award for Outstanding Regional Theatre. Other national honors include Outer Critics Circle, Drama Desk, OBIE, and New York Critics Circle awards. Hartford Stage has produced nationally renowned titles, including the New York transfers of Enchanted April; The Orphans’ Home Cycle; Resurrection(later retitled Through the Night); The Carpetbagger’s Children; and Tea at Five.