The Berkshire Film and Media Collaborative (BFMC) has received two grant awards for its newly established Community Film Fund. The Community Film Fund is a matching fund to help local non-profit organizations create videos for their branding, marketing, fundraising, and social media. The grants were received from the Berkshire Bank Foundation and the Feigenbaum Foundation, each in the amount of $2,500.

In today’s word, video messaging is becoming increasingly important. Wordstream, an on-line advertising company states that the average user spends 88% more time on a website with video. Viewers retain 95% of a message when they watch it in a video compared to 10% when reading it in text and an initial email with a video receives an increase click-through rate by 96%.

According to BMFC’s Executive Director, Diane Pearlman, “Many times, this essential tool is cut from a non-profit’s budget. The Community Film Fund will help give a “voice” through video to our local organizations, as well as create jobs for professional filmmakers in our area.”

BFMC is in the process of raising $50,000 for this new initiative, which it expects to launch later this spring. BFMC is partnering with the Non Profit Center of the Berkshires to provide information to local organizations about this opportunity.

For more information about the Berkshire Film and Media Collaborative and the Community Film Fund, visit their website at www.berkshirefilm.org or call 413.528.4223.

The Berkshire Film and Media Collaborative creates educational, workforce and production opportunities in the film and media industry as an economic initiative for the western Massachusetts region. BFMC teaches production courses and conducts workforce development workshops to train our community to work on film sets. Networking events are held quarterly to spark connections within our local film and media community. BFMC maintains an on-line database of crew and locations for local and visiting productions. BFMC is committed to growing this industry in our region to attract and retain a younger population, create jobs and generate revenue for local businesses. 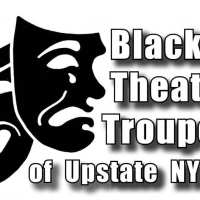