Chester, MA-Chester Theatre Company (CTC) has just announced a significant, new artistic undertaking. Playwright Darcy Parker Bruce has been selected to author the new work, tentatively slated for the 2020 Season. Longtime, loyal CTC attendees Frances Henry and Walter Korzec have generously underwritten the project with a $100,000 gift to the company. This marks the first commission in what the organization sees as a new artistic initiative, to consistently develop original works that will appear on its stage and have life in other theatres beyond Western Massachusetts.
With the renovation of CTC’s property at 4 Main Street in Chester, made possible, in part, with a $44,000 grant from the state’s Cultural Facilities Fund, a place now exists for writers to be in residence in the town during the company’s “off-season” months, in an environment that invites creativity and reflection.
Producing Artistic Director Daniel Elihu Kramer says, “Fran and Walter’s remarkable gift allows us to create a project that is deeply in keeping with what makes Chester Theatre Company so special. We bring together audiences and artists in a uniquely intimate relationship. Darcy’s work radiates beauty, and a faith in humanity informs everything she writes. I look forward to the play that will arise from this project, and to a future in which we develop new work regularly.”
This play will deal with the challenging topic of childhood sexual abuse. Co-commissioner Henry is the founder and former Executive Director of Stop It Now!, an organization that “prevents the sexual abuse of children by mobilizing adults, families and communities to take actions that protect children before they are harmed.” Since 1992 Stop It Now! prevents child sexual abuse by helping adults to recognize and to talk about warning signs and risk factors. The work being commissioned at CTC is born from her experience and dedication to this important issue.
“Chester consistently brings to its audience a depth of human heart, mind and soul that moves us, elevates us,” said Henry. “This is the theater to tackle the thorniest bits of the human condition.” She added, “Once in a great while we come across a mystery which defies our best attempts to pick it apart. If we are successful, we will shine light on such a mystery and share a few of our best tools to let an audience do their own picking, if you will.” When asked why Bruce was the right playwright to address this sensitive topic, Henry stated, “She holds such experience and such promise for challenging topics. Her work moves me to wonder, to contemplate, perhaps even to act differently.”
Bruce comes to the project with a host of impressive credits. She is a graduate of the MFA Playwriting program at Smith College and is currently on faculty at several Connecticut colleges, where she teaches Playwriting and Theater Activism. She was the recipient of a 2017 Tennessee Williams Scholarship through the Sewanee Writers’ Conference and was recently granted ATHE’s 2018 Judith Royer Award for Excellence in Theater, which brought her play, Soldier Poet, to Boston. She has been commissioned through Exquisite Corpse Theatre Company and The Navigators Theatre. Always Plenty of Light at the Starlight All Night Diner was a 2016 semi-finalist for the Eugene O’Neill National Playwrights Conference as well as a 2016 semi-finalist for Kitchen Dog Theatre’s New Works Fest and will be receiving its world premiere with Know Theatre of Cincinnati in 2019. All We Know Is Not Enoughwas also a semi-finalist for the Eugene O’Neill National Playwrights Conference in 2017 and was a finalist for the 2016 Seven Devils Playwrights Conference. All We Know Is Not Enough will receive its world premiere with Cohesion Theatre Company in late 2019.
“The social stigma surrounding sexual abuse, and in particular, the kind of trauma that results from childhood sexual abuse, is profoundly damaging,” said Bruce. “I am grateful for this chance to write a play that will invite an audience to begin a lasting conversation regarding a taboo topic. This play is a chance to release us from that stigma and taboo. To allow an audience to focus not solely on abuse, but rather on the beauty and the persistence of the human spirit.”
About Chester Theatre Company
Chester Theatre Company, a professional theatre company located between the Berkshires and the Pioneer Valley, and convenient to both, is known for presenting high-quality productions with top-notch actors, directors, and designers from across the country since 1990. Co-founded by former Artistic Director of Dublin’s Abbey Theatre, Vincent Dowling, CTC is now in its 30th season, and produces four thought-provoking plays each summer in the intimate setting of the Town Hall Theatre at 15 Middlefield Road in Chester, MA.
For further information, please call CTC at (413) 354-7770, or visit www.chestertheatre.org. 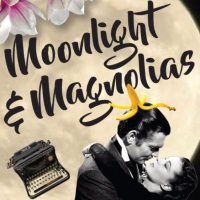 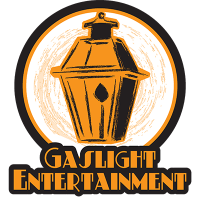 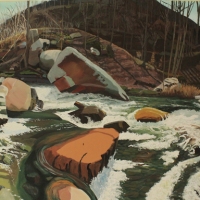