A screen descends, and on it a political television commercial appears. We hear the voice of Senator Charles Whitmore (Graham Rowat), a Republican North Carolinian candidate for the Senate, and see a familiar visual collage of family, flag, and good Christian folk. As the screen disappears, we find ourselves in an offstage waiting room at a university, where Whitmore, accompanied by his wife, campaign manager, and a starstruck student, prepares to stoke support for his candidacy by speaking to an enthusiastic crowd.

It’s just three days before Whitmore’s inevitable reelection. But it seems that something has shaken Whitmore’s devotion to “faith, family, and football.”  Just a week before, there was a shooting at the elementary school Whitmore’s two sons attend, and friends of his sons were among the 29 children gunned down. Whitmore is experiencing a crisis of faith and is agonizing over his established stance in support of gun rights.

His campaign manager, Alex Klein (an outstanding Keira Naughton), who also happens to be a Jewish Democrat from New York, is beside herself when she learns that Whitmore intends to forego his prepared speech and describes his doubts instead. Klein understands that such a speech puts  Whitmore’s candidacy is at stake, and she argues mightily for him to stick to the script. Whitmore’s wife, Sara (Judy Jerome), is devoted to her interpretation of Christian values and her relationship with the Lord. She may appear to be a subservient Southern belle where her marriage is concerned, but she has a will of steel and a temper to match. While her husband quotes John Lennon, “God is a concept by which we measure our pain,” she is outraged and unshakable, using every weapon in her arsenal–seduction, shouting, verbal manipulation–to bring back the man she thought she knew.

Williams is passionate about gun control, and he understands the need to create a national conversation before any change can be made. Much to his credit, he and director Cohn (who is also his wife) have required a talk-back after every show. (An impressive roster of speakers is scheduled for each show at the Unicorn.) On opening night the audience had the great good fortune to have a talkback with the playwright and the director, and I was gratified to learn about Williams’s motivation to inspire an inclusive, respectful discussion of gun control nationwide, which he wisely sees as a crucial step in bridging the divide in opinions. He and Cohn hope to take Church & State to every state in the union. As Williams writes in the program notes, “While most writers hope that their work will live forever, my dream for this play is that it will become obsolete….I hope it moves people in some way. Perhaps enough to take action with their voice and their vote and bump the needle ever so slightly in the conversation about gun violence.”

As I watched the play, I found it difficult to accept Whitmore’s change of heart. Rowat turns in a fine performance as the tortured politician, but, like so many, I’m confounded and heartbroken by the many conservative politicians who, even after the horrifying regularity with which mass shootings occur, still insist that “guns don’t kill people; people kill people,” and urge that arming teachers is the way to stop school shootings. The fault, as I see it, is in Williams’s writing, and because I admire his passion so much, it pains me to say that. The play has many fine moments, including scenes between Naughton and Jerome, who find that despite their very different beliefs, they have much in common. The entire cast, including Andy Talen who neatly takes on four different roles and plays each one very well, is excellent.

To her credit, Cohn is well aware of the necessity to move the action along at a steady pace. Unfortunately, there were quite a few times during the show where pairs of characters shouted their dialogue in unison, making it impossible to hear what either was saying. I wished the conversations has a more realistic overlap. David L Arsenault’s scene and lighting did the show proud. David Murin’s costumes seemed nearly perfect; I only wish that Jerome’s shoulder tattoo had been covered. It peeked out of her sleeveless dress, and I don’t think Sara Whitmore would ever get tattooed, so it was a distraction from an otherwise admirable performance. Kudos to Scott Killian for his skillful and original sound design, and to Alex Hill for his projections and video design.

Church & State is not a perfect play, but it is an important one. I do hope Williams and Cohn achieve their wish to produce the play nationwide, and that people from the entire political spectrum have the experience of seeing it and participating in the conversation after the show. I hope that you, too, will see this provocative play during its run at the Unicorn, and join in the conversation afterward. We need to talk.

Tickets for Church & State are $56, and $47 for Previews. Tickets may be purchased in person at the Colonial Ticket Office at 111 South Street, Pittsfield or by calling (413) 997-4444 or online at www.BerkshireTheatreGroup.org. The Ticket Office is open Monday–Saturday 10am–5pm, Sundays 10am–2pm or on any performance day from 10am until curtain. All plays, schedules, casting and prices are subject to change.

A Talkback with will follow every performance. Names and dates of Guest Speakers are subject to change without notice. Special Talkback Guests are as follows: 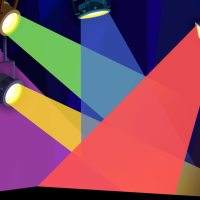 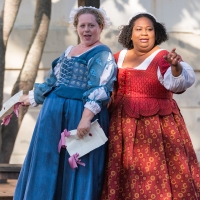