On December 4, 1956, in the seedy recording studio of Sun Records in Nashville,
Tennessee, four iconic rock and roll musicians met in an improvised jam session.
Immortalized by a photograph of Elvis Presley at the piano staring up at Jerry Lee Lewis, Carl Perkins and Johnny Cash, this major moment in music history is the inspiration for the rollicking and nostalgic show Million Dollar Quartet currently at Berkshire Theatre Group’s Unicorn Theatre in Stockbridge, Massachusetts.

The founder of Sun Records, Sam Phillips (Ben Nordstrom,) who discovered and
nurtured the four singers, narrates the story of these relationships as he reflects on the development of his recording label. He tells us that after Presley’s (Brycen Katolinsky) initial success “Blue Suede Shoes” which Perkins (Colin Summers) wrote and performed until overshadowed by Presley, he sold Elvis’s contract to RCA records for $40,000 in order to keep Sun from going out of business. A factor in arranging the session that memorable day was to bring the two men together to mend fences; Elvis arrives with his current girl friend Dyanne (Christy Coco.) Coincidentally, Lewis (Gabriel Aronson,) Phillips’ newest discovery, is present; Cash (Bill Sheets) just happens to be in the neighborhood but with an ulterior motive.

As the raft of musical numbers, including R&R classics (“Matchbox,” “Down by
the Riverside,” “Great Balls of Fire,” “See You Later, Alligator” and more,) mainstream pop numbers (“Fever,” “Memories are Made of These” and others,) and a gospel hymn (“Peace in the Valley”) course through the show, several plot devices, not necessarily having occurred in real life, unify the action, though the plot is less important than the music. Actually, this is a concert with dialogue, and it is one hell of a concert.

The opening of the show places this event in historical context. There are
projections of images, designed by Nicholas Hussong, of the 1950’s, i.e. kids taking cover under their school desks, and a series of comments about the fact when we awoke we would wonder if there would be a nuclear war that day. The quote is attributed to Bob Dylan. As each of the four enters the studio, other projections show photos and newspaper articles about the actual figures.

The cast under the direction and music direction of James Barry recreate the
sound, style and movements of the four. Some of the actors even have a close
resemblance to their “ancestors.” Director Barry, who started his career at BTG
eighteen years ago, played Perkins in the first national tour of Million Dollar Quartet for two years. He has a sure hand in the staging and delivery of the music. The actors have been given the freedom to simply enjoy themselves as there is a sense of spontaneity that pervades the production.

Of the four performers Aronson as Jerry Lee Lewis stands out because his
character is a dynamic entertainer with an exuberance and rudeness that overshadows his partners. Brycen Katolinsky’s triggers our memories of the pelvic gyrations and sneering expressions we associate with Presley. Sheets captures Johnny Cash’s low, rumbling voice and stolid personality. Perkins’ low-key attitude mixed with his deep southern drawl is personified by Colin Summers. All of them are terrific professional musicians who can hold a stage and, more importantly, keep an audience in thrall. Listening to and watching them recalls a seemingly simpler time.

Nordstrom’s Sam Phillips personifies the cockiness and confidence of an
entrepreneur who is assured of his own brilliance. There is almost a sleazy charm to him but it is difficult not to like him. Presley’s then-girl friend Dyanne (Coco) a professional singer as well has a couple of solos (“Fever” and “I Hear You Knockin’”.)

There are two other performers one of whom (Nathan Yates Douglass) plays Perkins’ older brother Jay, who does amazing things with his bass fiddle, and David W. Lincoln as Fluke on the drums.

Jessica Ford’s set looks like the scruffy but comfortable studio often referred to by the various characters. It tells us a great deal about the record industry 60 years ago when there were a number of start-up companies struggling against the big boys. Several exterior scenes are played in the house in what looks like an alleyway in back of the studio. The costumes, also designed by Ford, are reminiscent of the era. Oliver Wason’s lighting design is fluid and complements the flashbacks as well as creating a night club style environment for several of the music numbers.

The show is listed as running 90 minutes without an intermission, but after the
initial curtain call there is another fifteen minute concert that had audience members standing and dancing and shouting. 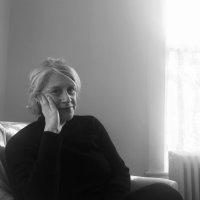 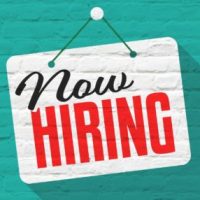 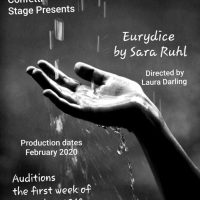