The Memory of Water
Theatre review by Larry Murray

If it wasn’t so funny, I would have cringed watching this play about three sisters preparing to attend the funeral of their recently deceased mother. The Memory of Water at Shakespeare & Company relates how they have reunited for her service. In it they taken up residence in her old bedroom, rummage through her belongings, even trying on her hats and dresses before claiming them, or tossing them. Two men, a husband and a lover, attempt to keep the proceedings under control but with little success.

This is playwright Shelagh Stephenson’s first play written back in 1996, and her work has become a favorite of adventurous theatre companies throughout the English speaking world. It has aged well. Part of that is due to the rapid-fire situation comedy that permeates its core. The sisters use humor to cope with tragedy.

The Memory of Water

Catherine, played by Elizabeth Aspenlieder, is the nuttiest and saddest of the sisters. She was so “in the moment” she almost lost it during a bit of business the guys undertook with the coffin at the end of the second act. She was watching from the other side of the stage, but it was as if she had seen the mishap for the first time. She was saying her lines, reacting to the situation and could barely contain herself. She did of course, but multi-layered moments like that, folks, are the memorable kind of theatre magic that Shakespeare & Company reliably delivers. Earlier, when her great love of the moment, Javier, breaks up with her on the phone, she veers from a brave facade to a sobbing mass of hurt in minutes, and our heart breaks.

That is one of the defining moments of the play since we discover that there was absolutely no compassion or sympathy for this hurtful rejection from those you would expect would support her. Both Mary (Corinna May) and Teresa (Kristin Wold) simply sat silent on their mothers bed, waiting for her histrionics to die down. It appears they have been down this road before.

One of the most brilliantly worked out scenes was Aspenlieder mindlessly stuffing everything in sight into a suitcase, including Mary’s medical books, innocent nearby pillows and the like. They were of course retrieved by Teresa and the been-there-before looks on Wold and May’s faces raised the scene to classic status.

Corinna May (l) and Nigel Gore (r) in The Memory of Water. Kevin Sprague photo.

Corinna May as Mary had her own searing moment as her earlier secrets were revealed, only to be met with the news that all those around her had been keeping another secret, cruelly, from her. Mary’s medical vocation made her the most successful of the trio professionally, yet one can only lament her self-indulgent manner. Just because you are a doctor doesn’t make you a nice person.

So the final sister, Teresa, as played by Kristen Wold turns out to be what glue there is to hold this motley group together. Unfortunately, she is smitten with belief in the effectiveness of homeopathic medicine. It’s pure rubbish but millions of Americans believe in it.

In classical homeopathy a chemical substance theorized to be effective to cure a particular malady is diluted in water. It is diluted again and again until the chemical has been so diluted that none of its molecules can be found. That resulting water hypothetically retains a “memory” of the chemical which is therapeutically active with healing power. This “memory water” is then administered to a patient by a healer who believes fervently that it will be therapeutically active, in a fundamental violation of the laws of physics.

But wait, there’s more. Since the mere encounter by a person self-perceived as “ill” with another person perceived as a “healer” this will supposedly unleash internal forces in the “ill” person that will in fact heal … the vaunted healer/placebo effect.

But what happens if the healer is ill themselves, does that have the opposite effect? That seems to be the case here with both Teresa and Mary one a healer, the other a doctor, yet both unable or unwilling to shore up their own sister, Catherine. The Memories they share have been diluted by time and fantasy.

Kristen Wold as the healer Teresa is the only one of the sisters to be married, and to a man – Jason Asprey as Frank – who seems to understand what makes her tick. Teresa is undone by alcohol, and both Mike and the other sisters do their best to wrest the bottle away from her. Asprey’s performance is deliciously understated and he comes out as the most likable character on stage.

Nigel Gore also excels as Mike, Mary’s erstwhile lover. He is still married to someone else and seems on the verge of breaking up, but not with his wife, but with Mary. Gore handled his role with restraint except for his bumptious entrance which was hilarious.

Gore has, of course, been an intimate part of Tina Packer’s Women of Will series. Just as Packer has been exploring the changing role of women in the work of Shakespeare, it would be a gas to hear Gore explore the role of men in plays written by women, such as this one. Turn around is fair play. 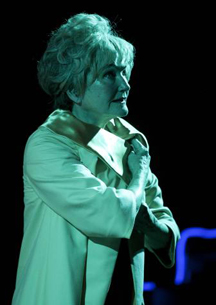 Because the evening revolves around the passing of “mom” we get a couple of mandatory visits from her, most importantly in Act Two, and with it much of the pathos of the evening. If Elizabeth Aspenlieder left teeth marks in the scenery, Annette Miller as Vi drenched the stage in bathos. Here writer Stephenson must have been purging some personal demons, for the mother comes across as more calculating than loving, and the source of all three daughters’ self absorbed tendencies.

The Memory of Water is a tragedy, leavened with the many moments of near-insane humor. It delights. It raises issues. It is a rousing evening of truly alive, and lively, theatre. The production elements were solid, too.

The Bernstein Theatre continues to have a problem with its acoustics however. Being an adaptive reuse of a previous space, it was not originally designed to be a theatre. Shakespeare & Company has done an admirable job with what has to be a space that only reluctantly allowed its use as a theatre.

Part of this is due to its configuration with the audience on three sides of the stage. That does have an upside in that nobody is more than a handful of rows from the playing area, giving the space a great feeling of intimacy. But this also contributes to the continuing problem of hearing all the dialogue. First, during quieter and more intimate scenes, and with the audience an arms length away, the actors often return to their street voices, not bothering to project for those in the last rows on the sides. With heads turned away from portions of the seats by necessity, key words all too often get swallowed up and never make it to the audience’s ears. You can actually hear this as funny lines are recited and only a portion of the house responds. The others couldn’t quite make out the words. There is also the problem that many theatre-goers are aging, and hearing sensitivity drops as a result. Still the fact that the dialogue is rendered naturally, without amplification is a plus. One hopes the actors might become more mindful of the last row when delivering their lines.

Back to the play. Because of the headlong rush into comedy, the actors on stage become more tightly bound to each other than the characters they play. It takes great skill to render this tragic family of misfits as lovably funny, but that is the achievement of director Coleman and his great cast.

If the psychology of relationships or the inner workings of a family are the sort of topics that provide endless fascination, you should make a point to see this play. If you use humor as an antidote to tragedy, you must take in this tale. And if you love great acting by a stunning ensemble cast, The Memory of Water is not to be missed. And if you like to ponder a play long after you have seen it, this one will leave you with lots to think about.

3 thoughts on “Review: “The Memory of Water” – an Insane Comedy about a Family of Tragic Misfits” 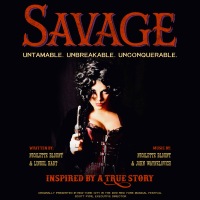